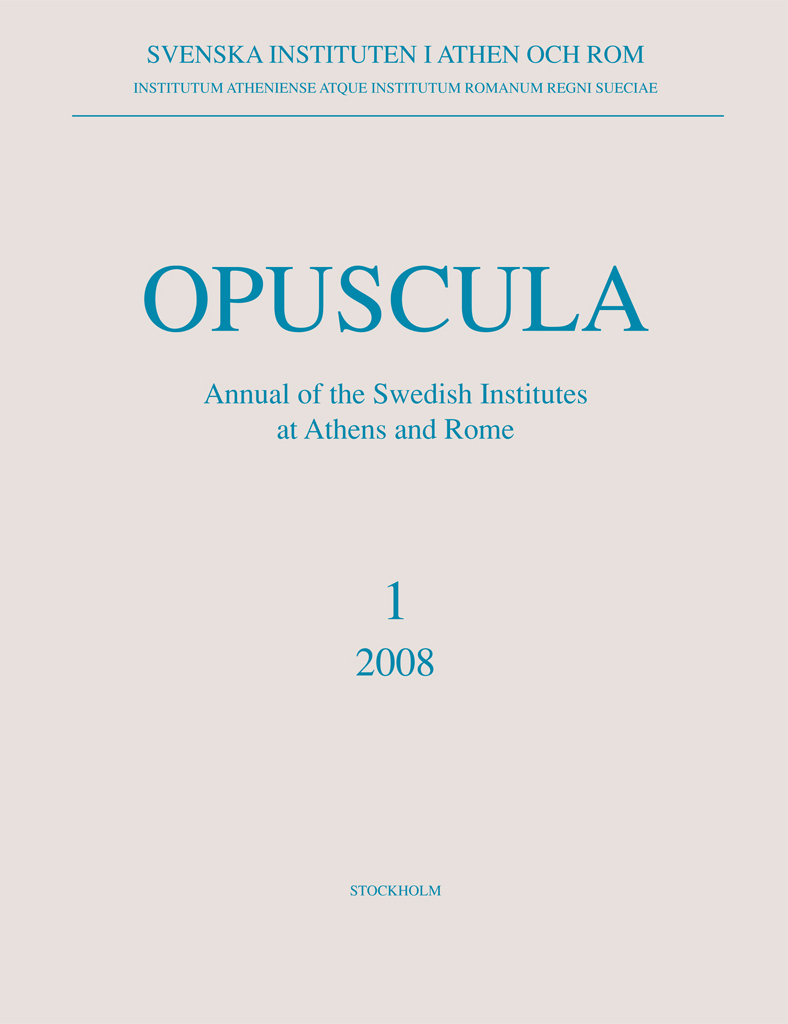 Opuscula 1 (2008) is out of print. Available for free download at Bokorder.se. Used copies might be available at Amazon.com and Amazon.de. Una nuova acquisizione di ceramica “white-on-red” dall’ager Veientanus By Fabrizio Vistoli Abstract This paper presents an unpublished clay plate with painted decoration found during field surveys conducted in 1994 inside the area of a new Etruscan settlement discovered in the district of “Acquatraversa”, nearby the ancient route of via Veientana (Rome). The analytical study of this important and typical object, besides comparison with related pottery, makes it possible to assign its date exactly to the beginning of the last quarter of seventh century BC, as well as to suggest that it was manufactured in the territory of ancient Capena.   Bibliographical information Fabrizio Vistoli, ‘Una nuova acquisizione di ceramica “white-on-red” dall’ager Veientanus’, Opuscula. Annual of the Swedish Institutes at Athens and Rome (OpAthRom) 1, 63–77. Stockholm 2008. ISSN: 2000-0898. ISBN: 978-91-977798-0-7. Softcover, 198 pages. https://doi.org/10.30549/opathrom-01-05