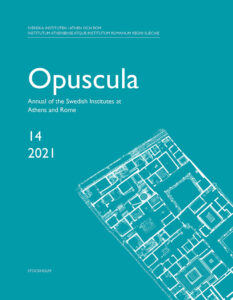 Commending a freedman. Virtues and masculinities in the recommendation letters of Cicero and Pliny the Younger

This article explores Roman freedmen’s masculine positions expressed as virtues, qualities, and ideals in the recommendation letters of Cicero and Pliny the Younger. It discusses whether there were specific freedman virtues, qualities, and ideals and what consequences their existence or absence had for freedmen’s constructions of masculinity. A critical close reading of the texts is applied, combined with theories of masculinity, where hegemonic masculinity is a key concept. It is concluded that there were no virtues or qualities that were specific or exclusive to freedmen. A distinct set of virtues for freedmen did not exist in Late Republican and Early Imperial Rome, since much the same behaviour and qualities are seen as manly and desirable for freedmen as for freeborn male citizens of high birth. However, freedmen cannot comply with the hegemonic masculinity in full, since they cannot embody the Roman masculine ideal of the vir bonus and cannot be associated with the Roman cardinal virtue virtus, which was central in the construction of masculinity in the Roman world. This illustrates the complex Roman gender discourse and, on the whole, the social complexity of Roman society.