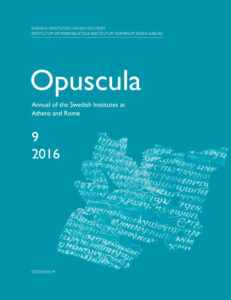 Subsidies for the Roman West? The flow of Constantinopolitan solidi to the Western Empire and Barbaricum

This paper discusses the presence of solidi struck in Constantinople found in 5th and early to mid-6th century solidus hoards in the Western Empire, Italy in particular. Some 112 different solidus hoards in eleven regions are compared and evaluated. It is suggested that solidi from Constantinople in most of these hoards may be interpreted as the evidence of subsidies for the Western Empire. A possible cause for the uneven but lengthy supply of gold from Constantinople to the Western emperor could have been the fear of Western insolvency and ultimately a state bankruptcy.