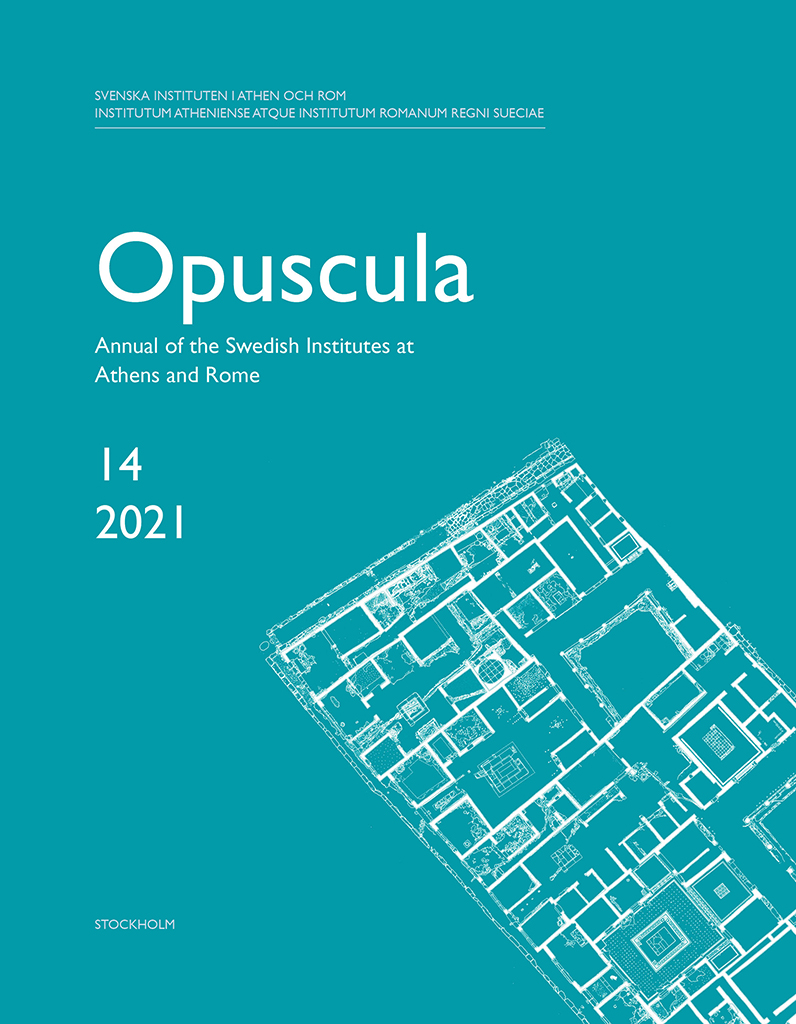 All content of Opuscula 14 will be made available for free download in May 2022. Printed edition distributed by Eddy.se AB. Also available at Amazon.com, Adlibris, and Bokus. View volume at ERIH PLUS. Bulls and rams. The sacrifice to Erechtheus By Jenifer Neils (American School of Classical Studies at Athens, Greece) Abstract The earliest literary reference to animal sacrifice in Athens is the passage in Homer’s Iliad (2.550–551) that mentions Athenian youths propitiating their legendary king Erechtheus with bulls and rams. It is surprising that this passage has not been associated with the north frieze of the Parthenon, where twelve young men are leading four bovines and four sheep to sacrifice, in contrast with the ten cows on the south frieze which clearly represent the hecatomb for Athena Polias at the Panathenaia. While it is difficult to ascertain the sex of these eight animals, the horns and size of the sheep suggest that they are male. Given the prominence of the cult of the hero Erechtheus on the north side of the Acropolis, it is reasonable to identify these sacrificial animals as an offering to the pater patriae of the Athenians. Bibliographical information Jenifer Neils, ’Bulls and rams. The sacrifice to Erechtheus’, Opuscula….