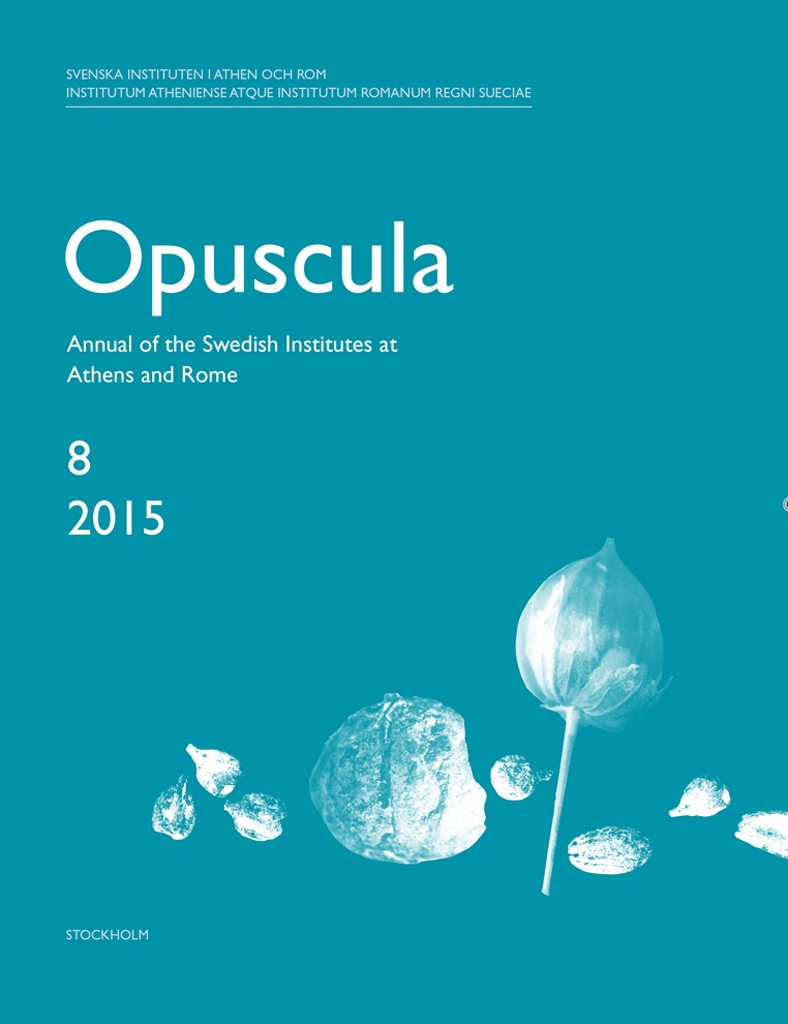 Opuscula 8 (2015) is now available for purchase and free download at Bokorder.se. Also available at Amazon.com, Bokus.com and Adlibris.com. The New Swedish Cyprus Expedition 2014. Excavations at Hala Sultan Tekke. Preliminary results. By Peter M. Fischer & Teresa Bürge. With contributions by B. Stolle, I. Trinks, L. Mazzotta, L. Recht, A. Lindqvist & D. Kofel. Abstract The initial aim of the project—the search for the oldest city of Hala Sultan Tekke—continued in 2014. Geophysical methods were used, which led to the discovery of new city quarters, and a broadening of the research objectives, to include revealing the total extent of the city. The GPR survey indicated a huge stone compound of at least 50 m × 40 m to the west of a probable street. Excavations continued in Area 6 West, where in 2013 a domestic and industrial compound was excavated as part of a hitherto unknown city quarter. The 2014 field work exposed stone-built structures and rich find contexts with locally made and imported pottery, numerous tools and several items of gold and silver jewellery. The violent destruction of the most recent layer of occupation, Stratum 1, which had been observed during previous seasons, was once again confirmed….