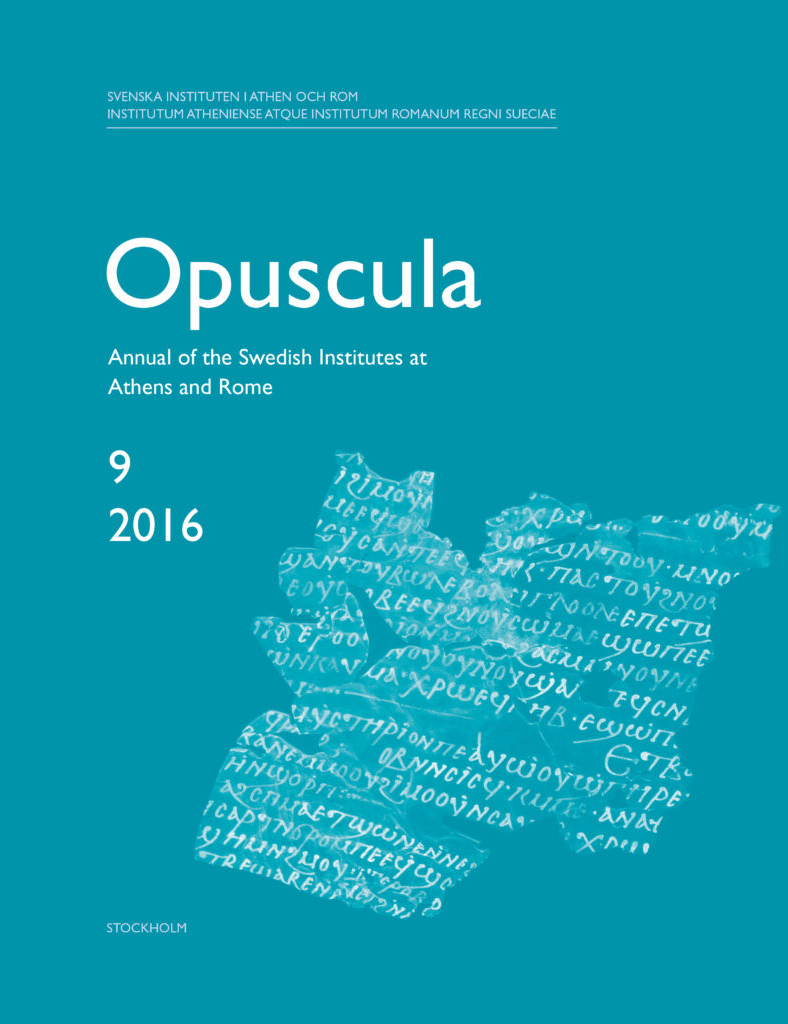 Opuscula 9 (2016) is now available for purchase and free download at bokorder.se. Also available at Amazon.com, Amazon.de, Bokus.com and Adlibris.com. The rock-cut chamber tombs of Labraunda By Paavo Roos Abstract The rock-cut chamber tombs form a very small percentage of the rock-cut tombs in Labraunda. The majority of these tombs, situated next to the sanctuary, were studied by Paul Åström in 1950 together with the sarcophagi; two improved from natural caves further from the sanctuary in both directions were found in a topographic survey conducted by Lars Karlsson in 2005, and finally one tomb at some distance away on the plain is also included in the article. The tombs are of various types and are probably to be dated to the Hellenistic and Roman periods. No finds have been recorded in them, either in 1950 or later. Bibliographical information Paavo Roos, ‘The rock-cut chamber tombs of Labraunda’, Opuscula. Annual of the Swedish Institutes at Athens and Rome (OpAthRom) 9, Stockholm 2016, 271–284. ISSN: 2000-0898. ISBN: 978-91-977798-8-3. http://doi.org/10.30549/opathrom-09-10