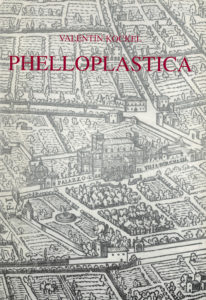 By Valentin Kockel, with a contribution by Magnus Olausson

This volume treats the art of making cork models of ancient architecture in the work of Giovanni Altieri, one of the best-known modellers of the 18th century. It was from him that the Swedish king Gustavus III bought all his models.

A popular method of reproducing the ruins of Rome three-dimensionally, and of introducing them into central and northern Europe, was cork models. These may be compared to plaster casts or small-scale copies of ancient sculpture. Because of its porosity, cork proved optically ideal for the portrayal of ancient ruins, and it could also be easily transported, as it was so light. The craftsmanship follows the tradition of the Nativity artisans of Naples. Travellers to Italy valued the cork models as representations of widely admired Roman architecture and could also transfer to them their fascination for the ruins, which were seen as symbols of transience.

Nos. 1–5 of the catalogue depict buildings from Rome and Tivoli that also constituted the repertoire of other modellers, for instance, Agostino Rosa and Antonio Chichi. One can, however, discover unmistakable artistic characteristics of Altieri in his interest in landscape-modelling and in his emphasis on picturesque elements. From the modern viewpoint, Altieri’s model of the temple of Isis at Pompeii (Cat. no. 6) is of special archaeological interest. Normally drawing and measuring were strictly forbidden in Pompeii, but, owing to Gustavus III’s efforts and prestige, Altieri was able to draw up a methodical, archaeological documentation only twenty years after the excavation. The model is a unique specimen, rich in its treatment of details, even more so as the original has become a prey to weathering. All the models claimed to be exact copies of the original buildings, but the model of the Temple of Isis perfects this claim with precise measurements. It reproduces the building in a way that can compete with modern architectural recording.

In Sweden, the cork models acquired by Gustavus III are likely to have played a part as study models and stimuli when new architectural projects were being launched by architects working directly under the king. The very emblem of the “Paestan” style, which was adopted for several buildings in Stockholm and elsewhere, was present in the capital in the model of the temple of Poseidon at Paestum (Cat. no. 7). Besides, the function of the “royal” models, over and above that of being souvenirs, appears, for instance, in the double scales denoting Italian palmi and Swedish feet that were inscribed on the model of the Vesta temple at Tivoli (Cat. no. 2).